In this Aurora Omnisphere Bank at the TRAKTRAIN Store LeauxFi brings 49 distinguished and polished presets along with 6 multi-tracks!

A master craftsman of creating a new frontier of interesting, trap sound design LeauxFi presents his acclaimed Omnisphere bank “Aurora”. An incredible collection of melodic, smooth pads, ambient soundscapes, and modern synths. This Omnisphere bank is his most sought-after pack since his flourishing onto the producer scene. However, multiple well-known producers used and featured this kit in many popular songs. Proving it’s sheer quality and technical showmanship. An avid sound designer such LeauxFi never skimps on quality. And this kit is just another example of his pristine, carefully engineered ear that he has been honing for many, many years.

LeauxFi has been a prominent figure in the rise of the internet producers. Therefore, he has found his own path into the industry securing multiple big name placements with popular artists. Finally, his love and respect for the music producer community and has pushed him to share his secret sauce with his fans and peers alike in this Omnisphere bank. 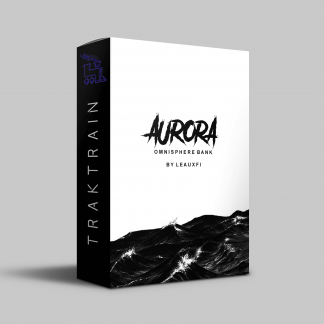