In this Traktrain Sample Pack “Lofi Bundle” Waldo presents 180+ Samples including One-Shots and Loops all perfect for any kind of type beat.

Waldo presents “Lofi Bundle” Sample Pack that contains more than 180 samples! This bundle includes two groups of samples: keys and drums, both one-shots and grooves, that will be perfect for Hip-Hop, Lo-Fi, and Chill type beats.

If you decide to pick up this bundle, prepare for a treat! Because it has everything you need to make astounding tracks. First of all, over fifty original, rich, and atmospheric keys loops. Shimmering and detuned chops intersperse with crystal clear and precise passages. Additionally, all the loops are processed with a variety of effects to make them sound big and spacious. Secondly, the kit contains several drum grooves, including four recorded live. Moreover, there are well over a hundred one-shot samples of 808s, bass, kicks, snares, claps, and hats for you to make up your own rhythmic patterns from. As a bonus, the author included 9 different texture sounds that can give a track that worm and cosy atmosphere, as if it is played from a vinyl record.

Waldo, the creator of the kit, is a 20 years old producer from England. He originally got into music through playing the piano at church, and since couldn’t imagine his life without music. His work has been streamed over a million times on the few produced songs. 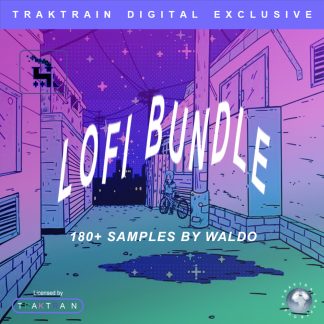