Hit Star Productions presents the “Slime” Loop kit with 51 high-quality loops. It is perfect for making Trap, Boombap, and New School tracks. However, a skilled producer will find a place for them in any Hip-Hop type beat.

Above all, the “Slime” kit contains a brooding and haunting atmosphere converted into sound waves. This is achieved with different instruments, including Keys, Arp, Bells, and Guitar. Additionally, some tracks feature matching vocal samples. What is more, there are some mixing and audio effects – pitch shifting, modulation, reverb, delay – applied, which makes the loops sound especially vibrant. So the feeling that you get listening to them is almost tangible, almost palpable… like a slime.

There is one of the top producers of Toronto, Ontario behind Hit Star Productions. Initially, the project became famous for releasing the city’s newest bangers from the newest artists. Subsequently, a list of collaborative projects grew pretty big. So such artists as French, T-Jin, Portion, Kampaign, Daniel Laughs, City Mcgritty, C4, Rodzilla, Drama Tha Problem give positive feedback on producer’s work. 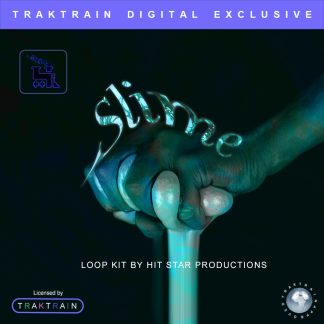