Traktrain is proud to present “Plucked” Exotic Kalimba Sample Pack by Lostbeat Audio. It contains 102 samples of professionally recorded Kalimba playing. Certainly, because of a very peculiar sound, these samples will sound best in genres with an ethnic vibe – Tropical House, New Age, etc. However, a skilled producer can adapt these sounds into more conventional Hip-Hop, Trap, and Emo Rap.

Kalimba is a musical instrument developed after mimbra – ethnic African invention. So it has little tines for plucking and making a very characteristic sound. Most importantly, it produces an inharmonic overtone series, which gives off an exotic vibe. In other words, its sound fundamentally differs from those of traditional instruments like strings and flutes.

Lostbeat Audio is headed by Robbie James, a multi-instrumentalist with wide musical interests encompassing many styles. Because of that, he manages to work professionally in composition and sound design in various media. For instance, he has composed music for film, games, theatre and more, including work in festivals. Additionally, he is an electronic producer for a number of artists/vocalists including Charlie Lim and Gabriel Lynch. 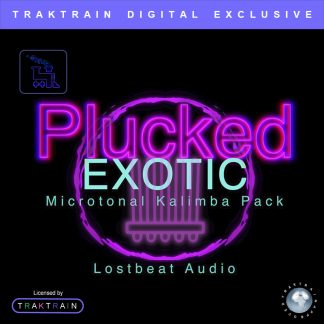