ZTOnTheBeat presents hist “Dream Cast” collection of plugin banks. And this is the second volume of the kit that contains 60 presets for Native Instruments’ Massive. To clarify, Massive is a virtual-analogue synthesizer plugin for use in professional audio production. All the presets are in .fxp format and require Massive v2.4.

ZTOnTheBeat is a music producer from Boston who specializes in sound design and melodies, working with artists and producers all over the United States, Europe, and Canada. Certainly, ZT is most well known for his intoxicating melodies and ambient atmospheres. Most importantly, he is creating Trap and R&B songs that draw inspiration from film scores, video games, analogue synthesizers. Additionally, a big influence had such artists like Toro y Moi, Neon Indian and Beach House. So with his recent focus on creating original sounds and composing melodies, ZT is aiming to cement himself as a go-to producer for melodies and sound kits in the industry. 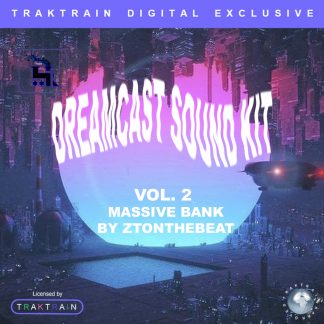